This is a collection of links and quotes from last night’s Atlanta Web Design Group meeting. Jeff Croft discussed “Grids, CSS, Standards and Tomfoolery”. While it’s hard to follow along without seeing his presentation, the links are in order from when they were mentioned. View slides here. 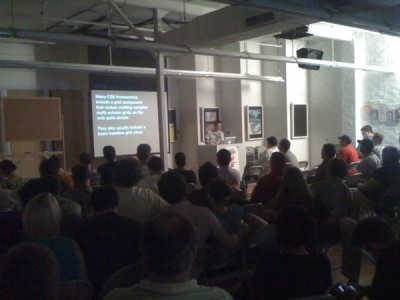